We Asked, and We Have Received; Enter Julio Urias 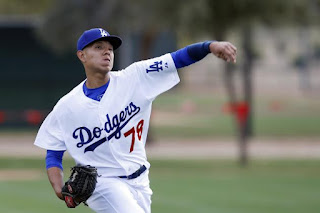 Things are looking surprisingly promising for the Dodgers right about now. I mean, this is the same team who just last week embarked on a painful four-game losing streak which saw Dodgers pitching accumulate a 5.43 team ERA; the week also included dropping the Freeway Series to the Angels — which always hurts.

Oh, the difference a strong series can make on a team’s outlook.

The Dodgers are coming off a sweep of the Cincinnati Reds — who have had their fair share of struggles lately — this week at Chavez Ravine. The Dodgers sandwiched the series sweep with stellar pitching performances from Clayton Kershaw (CG, 2 H, 0 R, 7 K) in the opener, and Scott Kazmir (12 K in 6 IP) in the finale. Alarmingly, things in Dodgertown had been getting pretty dusty of late, as this was Los Angeles’ first series sweep since pounding the Padres in the season-opener way back on April 4-6.

The team is now riding a four-game winning streak, and with one organizational move Thursday morning things just got a whole lot more exciting for the Dodgers upcoming road series against the Mets this weekend. The Dodgers announced that highly-touted 19-year-old pitching prospect Julio Urias had been called up from Triple-A Oklahoma City to join the Major League rotation. Urias (No. 2 overall prospect in MLB.com’s Prospect Watch) is set to make his Major League debut Friday night at Citi Field.

The Dodgers acquired Urias’ services in a 2012 deal that saw Los Angeles dish out a total of $450,000 to negotiate a contract with, a then sixteen-year-old, left-handed pitcher from Mexico. Since signing, Urias has developed into one of the most highly-touted pitching phenoms in all of the minor leagues.

As a 16, 17, and 18-year-old, Urias posted ERA’s of 2.48, 2.36, and 2.77 respectively. Pitching this season for Triple A Oklahoma City, Urias has further established himself as the top pitcher in the Dodgers’ farm system and very likely all of the minor leagues. Prior to his call up Thursday, Urias had a 4-1 record for the OKC Dodgers and led the Pacific Coast League in both ERA (1.10) and WHIP (0.78). If that wasn’t impressive enough, the left-hander hailing from Sinaloa was riding an active 27-inning scoreless streak before getting the Major League promotion from the Dodgers.

Those well established within the Dodgers organization have been sure to chime in on Urias’ ability. Manager Dave Roberts has constantly been high on Urias’ upside as a prospect and a possible mid-season call up option for the Major League club.

“The repeatability of his mechanics for a young pitcher is impressive,” Roberts told Bill Plunkett of the OC Register. “The sharpness of his breaking ball, the late life of his fastball, the glove-side command with his fastball is pretty impressive. There’s a lot to like.”

While the hype surrounding Urias is overwhelming, one must remember what he is long-term for the Dodgers: a pitching gem that they really can’t afford to mishandle and screw up. You can definitely expect an innings limit to be implemented on the most valuable left arm in all the minor leagues. 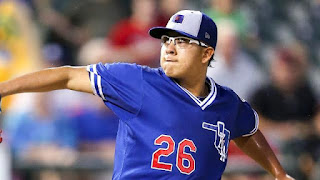 While the quality of the content Urias has produced in the minors has been outstanding, there hasn’t been all too much quantity. The most innings Urias has pitched in a season was 87 2/3 back in 2014 for Single-A Rancho Cucamonga. Also, Urias’ season-high for pitches in a single outing this season with Oklahoma City has been 82; his career high is 89 pitches in a contest for Double-A Tulsa in 2015. While his stuff has most certainly been off the charts, there has undoubtedly been a reluctance to let Urias adopt a heavy workload in the minor leagues thus far.

Most Major League organizations stray away from rapidly increasing the pitching workloads for their top prospects. So, as Urias — who has pitched 41 innings this season at Triple-A — makes his Major League debut, one can be assured that should he inherit a permanent role with the club, a workload limit around 120-140 innings for 2016 would be in effect.

There is the possibility of handing Urias a role in the Dodgers bullpen to account for this innings limit. The Dodgers bullpen — which has its own notorious reputation for instability — could take in Urias and help him acclimate to pitching in the Majors at a rate comfortable for Dodgers management; the Dodgers’ bullpen also currently ranks a middle-of-the-pack 12th in bullpen ERA (3.52) across the Majors.

One must also keep in mind that Urias — who will be filling in for injured (tricep) Dodgers starter Alex Wood Friday — could possibly just be up with the Dodgers for a quick taste  of Major League action before being sent back down to Triple-A. There have been several occasions in which Major League clubs have called up a top prospect momentarily to make a start or two (think David Price and Chris Archer with the Rays) before returning to the minors. However, Urias certainly has the ability to impress Roberts with a strong outing Friday night and could possibly even earn some consideration for entering the rotation permanently. This is the fantasy every Dodger fan is dreaming up as Urias' debut approaches.

When Urias takes the mound Friday night he will become just the second teenager (19 years, 288 days) this century to start a game. The other? Felix Hernandez (19 years, 188 days) back in 2005. Not bad company at all, am I right? 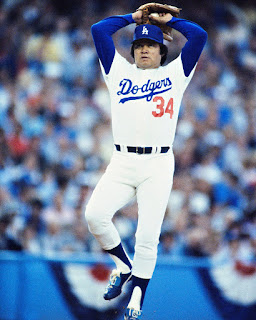 Chat with any decent, half-knowledgable Dodger fan and they will be sure to remember the last time a teenager debuted on the mound for the team — because the result was pretty epic. On September 15, 1980, Fernando Valenzuela — a teenage left-hander from Mexico, sound familiar? — made his Major League debut as an Opening Day rookie starter for the Dodgers. What ensued was historic, and can only be summed up with one phrase: Fernandomania. That 1981 season saw Valenzuela win both the National League Cy Young and Rookie of the Year awards, all the while captivating a nation and Los Angeles community which fully embraced him. The Dodgers capped off Fernandomania by winning the 1981 World Series; not a bad rookie campaign, huh?

If Urias can manage to garner even a fraction of the success his Mexican predecessor bore for the Dodgers, then consider the Julio Urias experiment a wild success.

Now I am off to to the pensive grindstone, trying to crank out some slogan half-as-cool as “Fernandomania" to coronate Urias with. Urias-mania? Uria-lly good? Urias-wood? This one will take a bit longer.