No superstar? No problem. 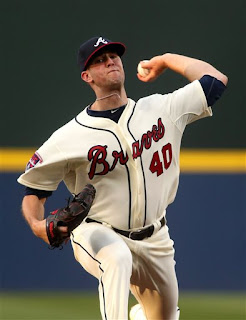 Did we get Hamels? No.
Hmmmm, Price? Nope.
Gallardo? Not him either.
Cespedes? Not quite.
While the Dodgers may not have reeled in the superstar they were expected to this trade deadline, LA did manage to make some solid pickups for their second-half, and probable postseason push.
On Thursday Los Angeles found themselves in the midst of a three-team deal which shuffled a total of 13 players and prospects to different destinations. In the sandstorm of a trade-negotiation, the Dodgers gave up reliever Paco Rodriguez and three minor league prospects for several positive additions to their pitching rotation and bullpen.
Through this deal the Dodgers acquired two very adequate and promising starting pitchers in Mat Latos (Miami) and Alex Wood (Braves). The Dodgers also picked up some much-needed relief pitching with the addition of Braves pitchers Jim Johnson and Luis Avilan. An injured Bronson Arroyo was also thrown in the mix for LA, but with the veteran pitcher currently recovering from a Tommy John injury, who knows how much, if any, help he will be to the club returning this September.
When you have Clayton Kershaw and Zach Greinke spearheading your pitching rotation, you understand it can’t get much better. However, with the addition of Latos and Wood, the LA rotation is only solidified and strengthened for the postseason run the Dodgers hope to make this October.
Wood, at age 24, is already a proven starting pitcher in the majors. His career 3.10 ERA over three seasons with Atlanta is a testament to the upside he brings to LA’s rotation. This season Wood has gone 7-6, with a 3.54 ERA in 20 starts for the Braves. Things could get scary for opposing lineups should Wood come into a zone this second-half. Kershaw, Greinke, and a developing Wood would be a deadly rotation in any postseason match up.
I’d slip Mat Latos right in as the number-four starter for the Dodgers rotation. While Latos has been far from stellar this year, bearing a 4-7 record with an undesirably high 4.48 ERA, he has shown shades of excellence in previous seasons. As a 22-year-old, Latos finished eighth in the NL Cy Young Award voting; he won 14 games with a 2.92 ERA on a Padres team which virtually provided no run-support. In 2013, Latos posted a 3.16 ERA and was a 14-game winner for the Cincinnati Reds. While Latos won’t garner nearly as much attention as a Greinke or Kershaw, he will be a valuable asset to the Dodgers pitching staff.
Johnson and Avilan are much-needed additions to a highly-questionable Dodgers bullpen this season. The Dodgers bullpen ERA (3.87) ranks 23rd in all of Major League Baseball. Needless to say Johnson (2.25 ERA this season) and Avilan (1.52 ERA in 2012, career 2.77 ERA) stand as positive acquisitions for an erratic bullpen. Johnson, a former All-Star, has been especially effective as of late, maintaining a 1.82 ERA over his last 30 games of work.
First baseman Michael Morse was also shipped to LA from the Marlins in Thursday’s deal. Morse’s time in LA was short-lived, as the Dodgers shipped the veteran first-baseman to the Pirates with some cash in exchange for outfielder Jose Tabata. Expect Tabata to be nothing more than a spot-starter in what is a star-studded and already crowded Dodgers outfield.
Dodger fans shouldn’t fret over the absence of a superstar pickup this past week. Sure, we didn’t go all in like Toronto and pick up two of the biggest names in the game (Tulo and Price), but we sure did pick up some positive pieces that will be vital in the looming playoff push.
After their 5-3 victory over the Angels Friday night, LA is currently edging the Giants by 1.5 games for the NL West crown. These midseason pick-ups will only help LA fend off the Giants in what is going to be a thrilling divisional race in the west.
I loved seeing the Dodgers go out and get some help on the mound, especially in the ‘pen. Keep in mind that the Dodgers’ last four postseason runs (2008, ‘09, ‘13 & ‘14) have come to a halt thanks highly in part to poor relief work on the mound. While Avilan and Johnson will already boost the bullpen’s strength, I hope to see the organization make some post-deadline transactions to further bolster relief-pitching personnel.
While the Dodgers didn’t have a Hollywood-style trade deadline, the subtle, yet effective moves may lead to a Hollywood-style celebration in October.
Posted by Unknown at 11:11 PM